Mixing the Personal with the National Narrative 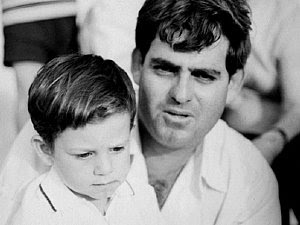 Perhaps my favorite documentary of the entire Jerusalem Film Festival last month was Clementine, directed by Tal Haim Yoffe. In a similar style as his Green Dumpster Mystery from last year, this year's Clementine is an intensely personal and fascinating documentary, using the search for family roots to talk about what we want to pass along to our children.


Tal and Ravit are expecting their first child. At the same time, Tal's grandmother is dying of cancer. These two bookends – birth and death – motivate the filmmaker to search out his family stories, so that he can preserve them for his unborn daughter. Intertwining the personal and the national narratives, and using lots of family photos and much archival footage, he tells the story of his and his wife's ancestors, going back a few generations to grandparents and great-grandparents, linking their stories to the history of the Zionist enterprise in Israel.


Tal and Ravit's ancestors came to Palestine at the beginning of the 20th century and through their lives we get a glimpse at the history of Israel: one grandfather creates an orchard near Kfar Saba; another is among the founders of Kibbutz Maoz Haim in the Beit Shean valley. We learn about Tal's father who was killed in a car accident when Tal was very young, and his grandparents, the parents of his father, with whom he was very close growing up. All of Tal and Ravit's ancestors come alive as their dedication, commitment and contributions to our national history is memorialized for the new generation.

From the Jerusalem Film Festival Booklet -- The filmmaker "slowly reveals a family whose story is, to a great extent, the story of the State: pogroms in Russia, second immigration pioneers, the "Tower and Stockade" settlements, Orde Wingate's night brigades, the Jewish Brigade, the Palmach, illegal immigration, expulsion to Cyprus, the bitter battles of the Yom Kippur War, and more. The film goes back and forth in time, from the pregnancy to the grandmother, to the early 20th century, to the War of Independence, and back again. It is an associative journey made up of dozens of images and pieces. The baby to be born will complete the puzzle."