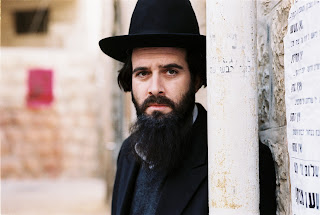 The film is a particularly compelling story of an ultra-orthodox man in his mid-thirties (Zohar Strauss), who realizes that he is attracted to his young male assistant. They go together to a natural spring in the hills outside of Jerusalem; they work together, go to pray together, and become lovers. The film portrays the strength and power of learning, of prayer and of the role of the rabbi in the community. But when it comes to small–mindedness and intolerance, the tight-knit haredi society excels -- especially the modesty patrols, who tell people what to do and how to run their lives.

Jury statement: "The jury would also like to praise this film for its sensitive and original treatment of male desire in the ultra-Orthodox world - its responses, its deviation from the norm, and its ancient prejudices. The direction, photography, and editing create an intense presence of the charged silence imprisoned within the confines of the alleys."