In her documentary film, Dying Doesn’t Feel Like What I’m Doing, Israeli filmmaker Paula Weiman-Kelman has created a poignant and compelling tribute to Rabbi Rachel Cowan.  This is the story of a woman who has made an important contribution to contemporary American Jewry through her work in healing, spirituality, and prayer through meditation. The film includes remarkable home movie footage and photos from her extraordinary life. 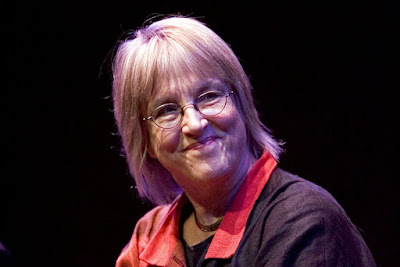 The viewer follows Cowan as she talks about her own spiritual journey, as she chose to convert to Judaism and become a Reform rabbi, and talking honestly about her husband’s death from leukemia (1988) and her own cancer, near the end of her life.  The filmmaker has done an outstanding job in catching comments from Cowan about healing, hope, and the legacy that she leaves behind.

As a child, Cowan attended a Quaker summer camp where she says she learned meditation; she was active in the 1960s Civil Rights movement where she met her husband Paul (they married in 1965); and then together they did a stint in the Peace Corps in Ecuador.  Cowan worked for many years in the field of spirituality, social justice, and welcoming intermarried couples at the Nathan Cummings Foundation, and later was a prime-mover behind the establishment of the Institute for Jewish Spirituality.

Together with her journalist husband, Paul Cowan, she wrote Mixed Blessings, about their own intermarriage, and later, she wrote Wise Aging, with Linda Thal, a handbook about spirituality and choices people can make in their lives as they grow older.  This book has been used in workshops about growing older in many places in North America and recently in Israel too.

Rabbi Rachel Cowan will be remembered for her work in spirituality and healing, social justice and aging, and the film helps to provide a memorial for her legacy.

Weiman-Kelman’s previous films include Fringes (2012), about Jewish pluralism and reviewed on this blog, and The Annotated Alice (1998) about feminist trailblazer Alice Shalvi, and the update to that film, The Re-Annotated Alice, in which Shalvi talks about growing old, about being alone, about the legacy one leaves behind, and about death and dying.

For distribution information on Dying Doesn’t Feel Like What I’m Doing (documentary, 62 minutes), contact the filmmaker directly (paulawk123@gmail.com), or you can sign up on the film’s website to receive notifications of upcoming screenings. Here’s the link!