The Director's Angst - a new film by Dan Wolman


Readers of this blog already know that Dan Wolman is one of my favorite Israeli filmmakers.  His filmmaking can be characterized as humanistic and independent.  I loved so many of his feature films -- Hide and Seek, The Distance, Floch, Foreign Sister, My Michael, Valley of Fortitude, and more.
His most recent film, The Director's Angst, is quite different from his other films in both subject matter and genre.  According to author Amos Oz, It is a "heartbreaking film and sometimes so funny that it will bring you to tears.  There are unforgettable scenes and original and surprising cinematic ideas."  According to Wolman himself, the film is quite "offbeat". 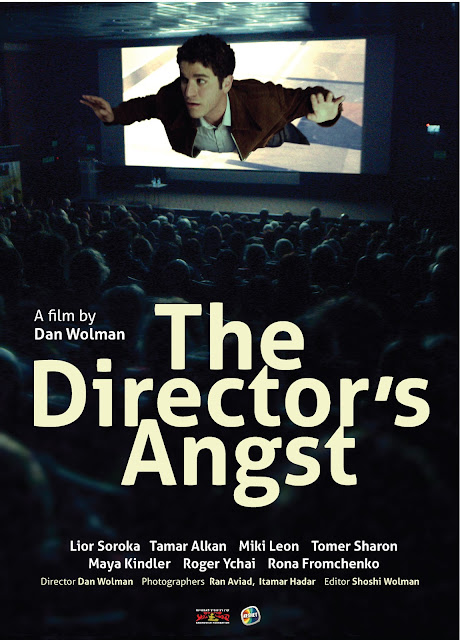 The film portrays a filmmaker who is attending the premiere screening of his first feature film called "The Surgery", and we have the opportunity to see bits and pieces of his film as he is hovering nearby, walking the halls, and flirting with the box office manager.  His film-within-a-film provides a surprisingly hard-hitting political satire of contemporary Israel, something that is not so obvious in most of Wolman's previous films (most of his other films are social commentary rather than political).  There is an interesting romantic sub-plot, some very biting dialogue, and a futuristic vision of a militaristic nation constantly at war. An underground group forms to take matters into their own hands and to change the course of things in their land.

It is worth catching this unusual and extraordinary film which is especially critical of the current Israeli political reality.  A strong satirical statement, The Director's Angst  (83 minutes, 2015), is available directly from the director/producer/scriptwriter, Dan Wolman (danwol@zahav.net.il).
Posted by Amy Kronish at Tuesday, August 25, 2015