A Family Saga - A Slice of History


With charm, humor, some irony and even a fair amount of irreverence, filmmaker Gur Bentwich's new documentary film, The Bentwich Syndrome, tells the story of his Anglo-Jewish family -- the descendants of Sir Herbert Bentwich.  Bentwich, a British noble, was a pioneer and leading figure of the British Zionist movement, who first visited Palestine in 1897 as recorded in the bestseller, My Promised Land, by Ari Shavit (the filmmaker's first cousin), fathered 11 children many of whom were rather eccentric, and was the great-grandfather of the filmmaker. 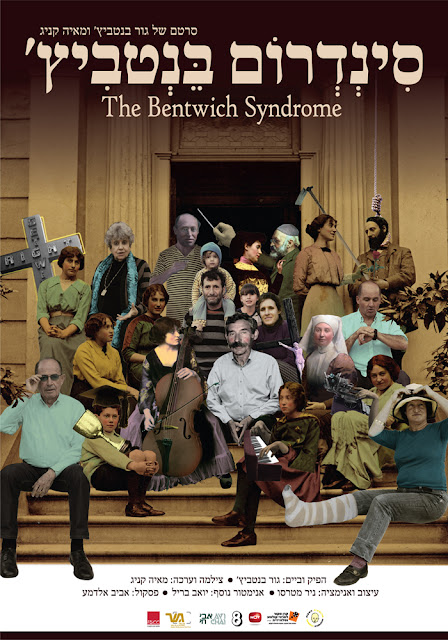 In the opening sequence, the viewer learns the definition of the so-called syndrome which inspires the title of the film -- it causes family members to glorify their heritage and to exaggerate their importance and their contributions to society.  This is the story of Jewish aristocracy, the story of a dynasty that undoubtedly made major contributions to Jewish life and to Israeli society.

The irreverent filmmaker travels with his wife and children to London to search for his family roots and finds quite a bit of fascinating trivia.  Nothing is sacred or secret in the eyes of the filmmaker, not the fact that a number of the Bentwich daughters converted to Christianity, not the fact that one was in love with the economist John Maynard Keynes who did not return her feelings, and not the fact that his own father (a recipient of the coveted Israel Prize) was considered the black sheep of the family.

Using animated techniques, the film is a creative and fascinating story of a leading and impressive Zionist family.  Although somewhat self-indulgent, it is certainly entertaining!

The film The Bentwich Syndrome (documentary, 70 minutes) is available from the filmmakers, Gur Bentwich and Maya Koenig, at Gurumaya Productions (gurumaya@gmail.com ).
Posted by Amy Kronish at Monday, June 22, 2015