Alex in Wonderland, by Ori Sivan, is a creative and thought-provoking documentary portrait of the Israeli photographer and photojournalist, Alex Levac, who was awarded the Israel Prize for photography in 2005. 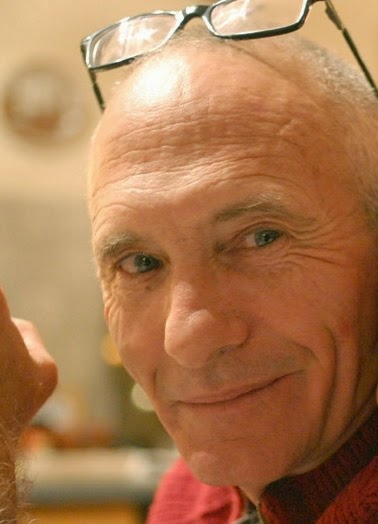 Levac is a remarkable photographer, capturing people on the street who reflect the contemporary Israeli reality.  The film shows his work with contrasts -- enabling the viewer to see things in many diverse and interesting ways.  It also gives us insight into the man -- his curiosity, his bashfulness, and his attraction to the margins of society.  We are treated to photos from his years in Brazil, and a shocking  view of life as seen in an entire series of portraits of people at Tel Aviv's Carmel Market.

Levac became well-known in Israel with his photo of one of the terrorists who hijacked Bus 300, as he was being led away from the bus.  This was an incident in 1984 in which two terrorists who had hijacked an Israeli public bus were executed by Israeli security service personnel (Shin Bet).  The story was later told that they had been killed in the battle to gain control of the bus.  Levac's photograph of the terrorist, however, proved otherwise and caused an uproar in Israeli society.

The film Alex in Wonderland (53 minutes) is available from Ruth Diskin Films and is part of a series entitled Cultural Heroes.  Other films in this series which have previously been reviewed on this blog are: