Religious Extremism on the Screen at the Recent Jerusalem Film Festival

The subject of ultra-orthodoxy and religious extremism has become an important subject in Israel recently,  due to the fact that ultra-orthodox groups have been pushing the status quo in an attempt to deny women their rightful place in the public sphere -- women are being pushed to the back of buses, orthodox soldiers are encouraged to get up and leave when women singers perform in front of troops, and a new phenomenon -- divisions are being put up on crowded Meah Shearim streets during certain holiday seasons in order to separate between men and women.  As if this weren't enough, the issue of sharing the burden and responsibility of army service has become a critical issue in the public discourse.
Three new Israeli films on the subject of religious extremism are worth mentioning -- 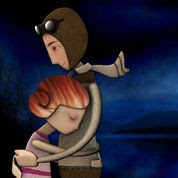 My favorite is a short animation, Stairs to No End, made by a film student, Daniella Koffler.  The film  portrays a girl who is trying to reach the light but her father believes that knowledge can be a dangerous thing.  Stairs to No End (7 minutes) is available from Bezalel Academy of Arts and Design. Watch it on-line! 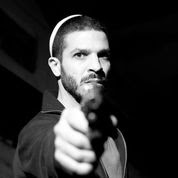 God's Neighbors, a feature film directed by Meni Yaesh, is the story of a small group of self-righteous Bratslav religious guys who are like the kosher squad, setting rules for their Bat Yam neighborhood.  They use violent means to ensure that women are dressed modestly, that no one blares loud music on Erev Shabbat, and that Arabs from nearby Jaffa keep away.

Different from religious coercion in the political realm, these are just neighborhood thugs who decide that they know what's right for everyone in the local neighborhood. And they have embraced a particularly racist and extreme form of ultra-orthodoxy. Avi, the leader of the group,  works for his father as a green grocer and spends his spare time mixing music CD's for his Bratslaver friends to use in their public celebrations and dancing.   But there is interesting plot development as Avi learns from one of the Bratslavers about a more human and loving type of ultra-orthodoxy.  When he falls for a girl in the neighborhood, things begin to change.  God's Neighbors won the Gaul's Society of Authors, Directors and Composers award in the prestigious Cannes Film Festival.  (The feature film is available from Transfax). 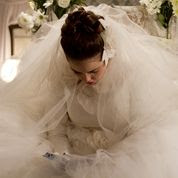 Fill the Void, a feature film directed by Rama Burshtein, which will be screened at the upcoming Venice Film Festival, tells the story of a girl from a Hassidic family who is excited about the match that has been made for her.  Things begin to unravel when her older sister dies in childbirth.  Fill the Void is available from Norma Productions.

Additional films of recent years (all have previously been reviewed on this blog) that take place within the ultra-orthodox or hassidic milieu include:
Posted by Amy Kronish at Saturday, July 14, 2012