Last night, I watched on Israel public television a documentary film about the life and work of Amos Oz entitled The Fourth Window. The film -- directed by Yair Qedar --was amazingly beautiful and crafted with great professional artistry.

Amos Oz (1939-2018) was a tremendously successful novelist who represented Israel to audiences and readers around the world.  His books appeared in 40 countries and he traveled to lecture and receive honors in so many of those places. He also wrote numerous newspaper columns, writing about the turmoil of a country that was growing and developing as he was writing about it.  He especially had the courage to write about the dangers of the military occupation of another people –and the importance of reaching a comprehensive peace with the Palestinians -- and as a result, another well-known Israeli author, Etgar Keret, called him a secular prophet! 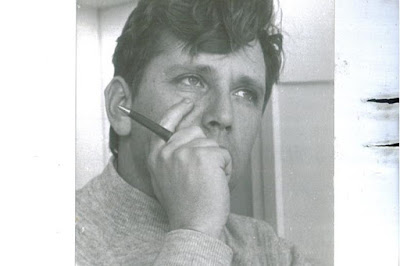 This is a profound portrayal of a successful novelist with so much tragedy in his own life.  He wrote more than 30 novels, many of which were about family. In the film, Oz says that the material that a good author uses comes from his own pain or suffering.  And he had more than his share of suffering.  At the age of 12, his mother committed suicide.  And near the end of his life, one of his daughters wrote a book about how her father caused her so much physical and mental pain.  He became estranged from her, and no matter how hard he tried, he was never able to gain her forgiveness.

The film includes archival footage, interviews with well-known literary figures, wonderful photos, and film clips from the film adaptations that were produced based on Amos Oz novels – My Michael (directed by Dan Wolman), The Black Box (directed by Y. Levanon) and A Tale of Love and Darkness (directed by Natalie Portman) – each controversial and fascinating in its own way.

Perhaps the most moving part of the film was its use of taped interviews between Amos Oz and Nurith Gertz, his biographer.  Dying of cancer, Oz called Gertz and asked her to write his biography.  These interviews frame the film, providing openings to each section, and offering heartfelt material told by Oz himself, much of it about the difficulties of glory and the suffering within his own family.

The film also tells the story of the author’s life, from his growing up in Jerusalem, to his rebellion against his father when he changed his name from Klausner and moved to Kibbutz Hulda, where he married and built a family.   Indeed, life on the kibbutz –especially the interpersonal problems that arise from living in a collective community—form the backdrop for many of Oz’s early novels. In doing so, he helped to demystify kibbutz society, which was all too often seen only in the context of the pioneering spirit in the early years of the state, in which the individual was required to sacrifice himself or herself for the community, without asking too many questions.

The Fourth Window (documentary, 85 minutes) is an in-depth film, a must-see for anyone interested in Hebrew literature, especially the life and novels of Amos Oz.  You can watch here the trailer (with English subtitles).

The next film in the series, also made by Yair Qedar, is about A. B. Yehoshua and will be screened in October.