When was the last time you saw a feature film that didn't include vulgarity, crime or murder?  Or an Israeli film that's not about the Holocaust or the "situation"?

Here is something that might surprise you -- Peter the Third, directed by Tommy Lang, is a gem of a comedy about inter-generational friendship and family rapprochement. 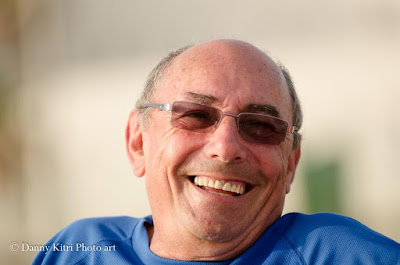 Peter is a retired actor at Habima, and spends his days with his quirky friends at a coffee shop where Alona is their waitress.  Peter is more than 30 years Alona's senior, but that doesn't stop them from becoming friends -- and from teaming up to help each other with issues in their lives.  Alona, a head-strong young woman,  is currently without a place to live, so Peter invites her to stay with him.  In order to help Peter obtain his pension, together they start a political party which will create a vacation resort for widows and widowers.  A fair number of amusing scenes ensue and their eccentric friends in the coffee shop, a group called the "parliament", create a humorous backdrop throughout.  A feel good and funny film.