I loved this film!  So much about what I love about Israel can be seen through cultural expression -- music, film, and dance.
Mr. Gaga, directed by Tomer Heyman, is the documentary story of Ohad Naharin, world-renowned and critically acclaimed choreographer and artistic director of the Batsheva Dance Company, a man with artistic vision and tremendous talent. 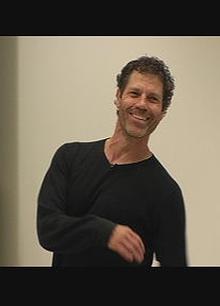 The film relates his personal story -- born on a kibbutz, served in the army in an entertainment troupe, went to New York to dance, married a successful dancer from the Alvin Ailey troupe, and together they returned to Israel so that he could direct the Batsheva Dance Company.  The film provides tremendous insight into what drives this man, how he pushes his dancers to their limits, and how he seeks to incorporate contemporary themes in his avant-garde pieces.  His artistic voice is Israeli in its essence -- there are messages about living in the shadow of war, and one of his most famous pieces, ironically adapts a lyrical song from the Passover Seder.

This is a stupendous film, offering relentless energy, behind-the-scenes rehearsal footage, intimate moments and larger-than-life performances.  It is both experiential and moving.

Produced by Heyman Brothers Films,  Mr. Gaga (documentary, 98 minutes) is currently playing in Israeli movie theaters.   The title of the film refers to the language of movement which Ohad Naharin has pioneered.  Distribution information is available on the film's website.  Check out the trailer too!