A Tragic Side of Israeli Society


David Ben Gurion said that he dreamed of Israel becoming a normal nation like other nations -- with crime and prostitution.  No worries there -- we have become entirely normalized!  Liat Mer's documentary, Locked Down, provides a glimpse at life in a woman's prison in central Israel, Neve Tirza, which houses 200 inmates. 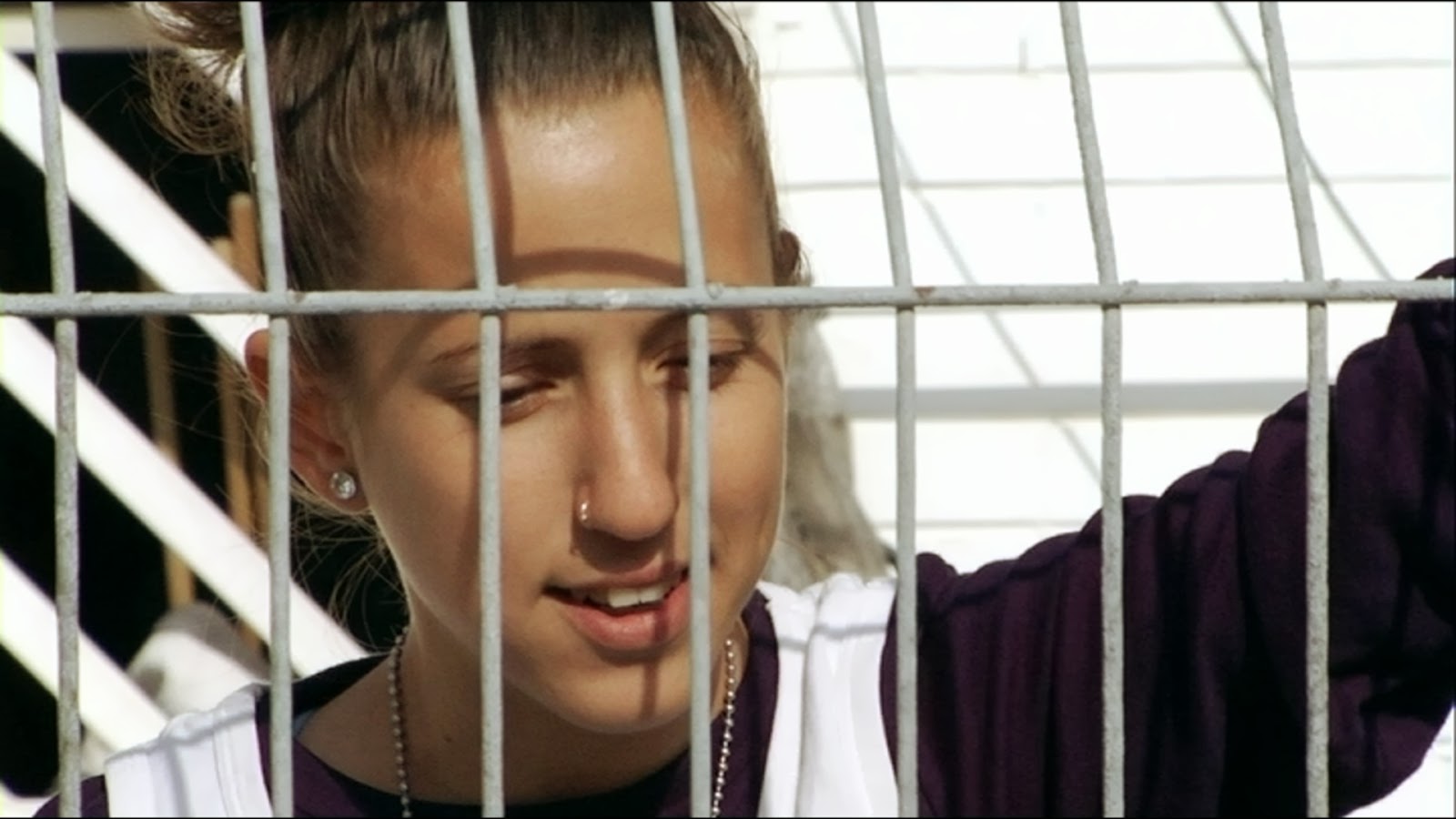 Having viewed the TV series Orange is the New Black, I expected this film to include cruelty, exploitation and violence, and I hesitated before previewing it.  But none of that is seen here.  In fact, the opposite is true.  We see a prison where the young women are treated well, where they have a lot of their own personal possessions in their cells, and where getting an education is a primary objective.  The education officer, guards, and warden all seem compassionate and define their jobs as not necessarily relating to the crimes that these women have committed but rather to how they can help them in their lives in the prison and in adapting to the outside world after they are released.

The film focuses on three young women.  The first is a lesbian woman who has taken a new name for her new identity.  She now calls herself Shawn.  She has been sentenced to two years for assault.  Shawn is a beautiful singer,  works serving food to the other inmates, and helps in the education wing.  Her only desire is to obtain early parole.  Maria has been sentenced to four and a half years for violently stabbing a girl who had threatened her grandmother.  She has an infant who lives with her in her cell.  As the baby grows, it's not so easy for Maria to come to grips with the fact that it isn't in the child's best interest to be brought up behind bars.  Nariman has been sentenced to three years and has to pay 10,000 NIS as part of the verdict.  She is trying to raise the money by telephone chatting with men from another prison.

These young women have charm and want nothing more than to get on with their lives.  We learn about their daily concerns  -- dieting, paying for phone cards, wondering when they will have visits, worrying about the parole board and dreaming about their future.  At the same time, we are able to see another side of Israeli society -- a side that isn't written about so often, but is tragic nonetheless -- a powerful look at the ethnic diversity and the difficulties of life for young women who have gotten off to a bad start.

Locked Down (documentary, 56 minutes)  is available from Ruth Diskin Films.