Using the iconic and artistic documentary film, In Jerusalem, made by David Perlov in 1963, as its taking off point, Footsteps in Jerusalem is mainly about Jerusalem today.  The contemporary vignettes are made by students and graduates of the Sam Spiegel Film School, who were asked to follow in the footsteps of David Perlov and take their inspiration from him.

Perlov's film is remarkable in its poetry and its look at Jerusalem divided (before the barbed wire came down and the city was united in 1967).  It includes footage by Murray Rosenberg from his 1911 film, and it includes footage of neighborhoods -- Bucharan, Meah Shearim, and Mamilla with a wall dividing it from the Jordanian side of the city.  It also includes extraordinary footage of stones, atmosphere, parades, alleyways, and more than anything else, the people of Jerusalem -- religious figures, beggars, children, and all kinds of people performing antics in front of the camera. 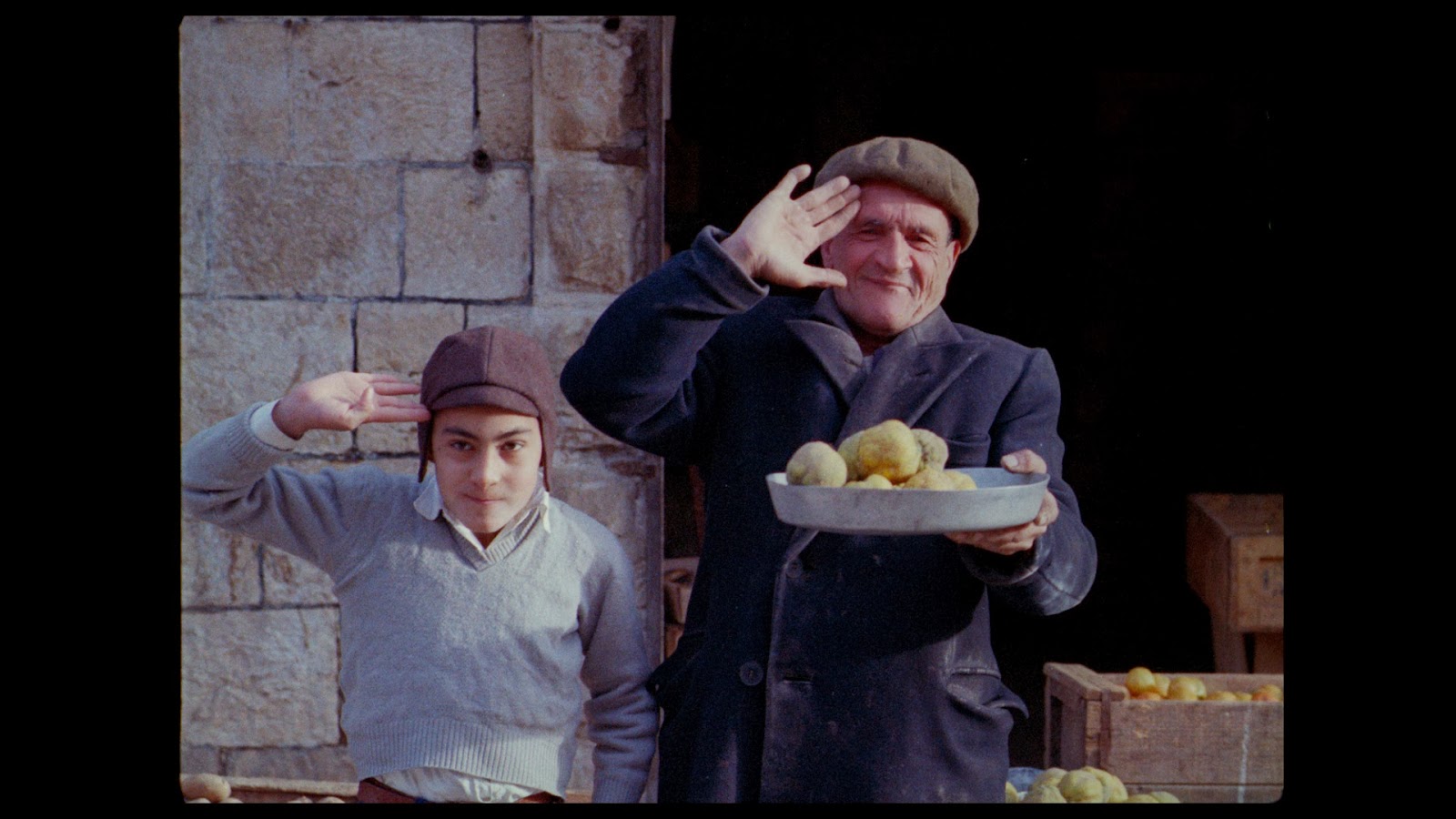 Some of the vignettes in the contemporary sequences are about specific individuals, such as --

There are also vignettes which are more allegorical such as the motor scooter messenger who rides around the city singing Naomi Shemer's Jerusalem of Gold, and there is the perspective of the young mother at home with her newborn baby, looking out on the city from her apartment with her thoughts and her superstitions.  (This is a clear reference to another film by David Perlov, Diary, in which the action is photographed from the filmmaker's living room window.)

Jerusalem is also a city that has seen many battles in its history of 3,000 years and there is a sequence about the Six Day War battle for Ammunition Hill, re-enacted  by a school group of adolescents.  It is quite disconcerting to watch them shooting their rifles, playing war games, and learning about tragic stories of heroism.

This film, Footsteps in Jerusalem (87 minutes, 2013), is a complex documentary film, yet much of it is without narration.  The overall effect is one of diversity, poetry, shadow and light, a look at a city that has changed so much since 1963 and yet, in some ways, hasn't changed at all.