Pluralism in the Search for Religious/Spiritual Jewish Identity


My husband and I greatly enjoyed Paula Weiman-Kelman's new documentary film, Fringes, which premiered at the Jerusalem Cinematheque this past week at their annual Jewish Film Festival.

My husband, Ron Kronish (director of the Interreligious Coordinating Council in Israel), shares his thoughts --

This is a beautifully photographed and well-edited film about three Jewish styles of contemporary Jewish identity: 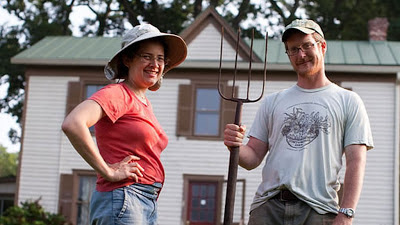 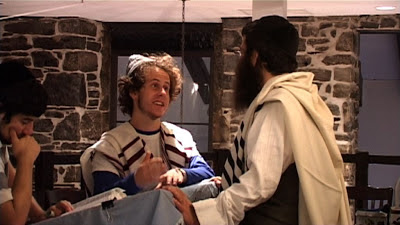 All three portraits were sensitive and sympathetic rather than critical or cynical (which other  filmmakers might have done with these characters). We got to know and like the people in the film, all of whom represented non-mainstream positive attempts at creating a meaningful, contemporary, religious or spiritual Jewish identity.

After the film, I talked with several people about what we saw (and what we didn't see).  Some felt that the film was too "religious" and therefore biased against secular/ cultural Zionism. Others asked "why did we have to see another film in which ultra-orthodox Jews figure prominently?"  One could question the choice of these three sets of characters as the lead figures in a film about contemporary Jewish identity, when the topic is obviously so much more diverse than this film portrays.  But the filmmaker obviously had to make choices as part of her artistic expression and she clearly wanted to choose a limited number of characters in order to offer an in-depth study of each.

This is a loving and empathetic film about contemporary Jews who are seeking to be Jewish -- and creating Jewish communities -- in new and different ways. Probably the "mainstream" is now broadened and enlightened by many people who have seen this film. And we learned a lot too. I, for one, knew nothing about Jewish CSA farming in Virginia or about the secular yeshiva which is thriving in my own city.

I can imagine that in future films the filmmaker will want to portray more non-mainstream Jewish characters and Jewish communities which will expand our horizons about the growing pluralism among contemporary Jews today.

Paula Weiman-Kelman is known for her in-depth portrait-style of documentary filmmaking.  Her most recent film, Eyes Wide Open, was reviewed on this blog.

Fringes, directed by Paula Weiman-Kelman and produced by Jonathan Lopatin, is available from Ruth DiskinFilms.
Posted by Amy Kronish at Friday, December 14, 2012